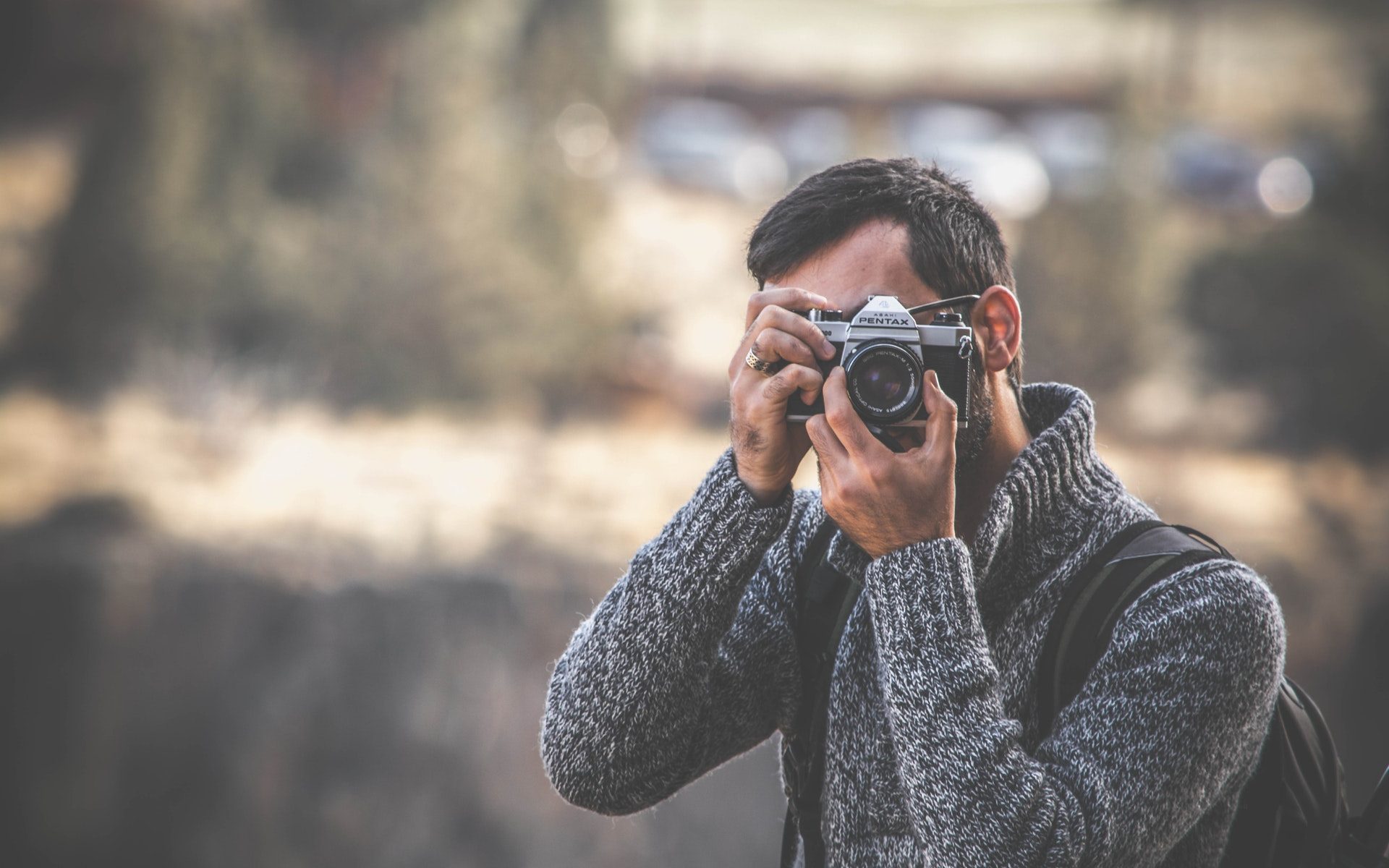 A pinhole camera or camera obscura can be made from an empty cardboard tube such as the tubes Pringles, biscuits or sweets come in. A hole should be made in the centre of the tube using a pin tool and the inside should be made light tight. To do this, black paper can be used to line the inside of the tube and the lid. A flap of black paper should also be made and stuck on to cover the hole ensuring no light will enter until an image is ready to be produced.

Photographic paper can be brought from photography stores or online. A piece of the paper should be placed inside the tube opposite the hole. The shape of the tube should hold it in position however a small piece of sticky tape or blue tack can be used if needed. Ideally this should be done in a darkroom however if one is unavailable a dark closet is the best alternative.

Photographic paper is coated in silver halide, a chemical which reacts quickly to light causing the negative reaction which leaves an image on the paper. Silver halide continues to react with light for as long as it is exposed to light therefore it is important to keep the paper in a dark place to avoid ruining it and the image that may be produced.

Once the camera is loaded it can be taken to a suitable area to capture an image. For best results the area should be well lit and the flap should cover the hole until the paper inside is ready to be exposed to light. When the camera is in position the flap can be opened and the paper inside will start reacting to light. It is important to keep the tube as still as possible while the hole is uncovered to reduce the risk of blur or ‘camera shake’.

Developing and Improving the Image Captured using a Pinhole Camera

After capturing the image the hole should be kept closed until safely back in the darkroom or other suitable place where the photographic paper can be removed from the tube. The paper can then be developed according to the instructions on the packet.

Finally, an enlarger can be used to turn the negative image into a positive one.